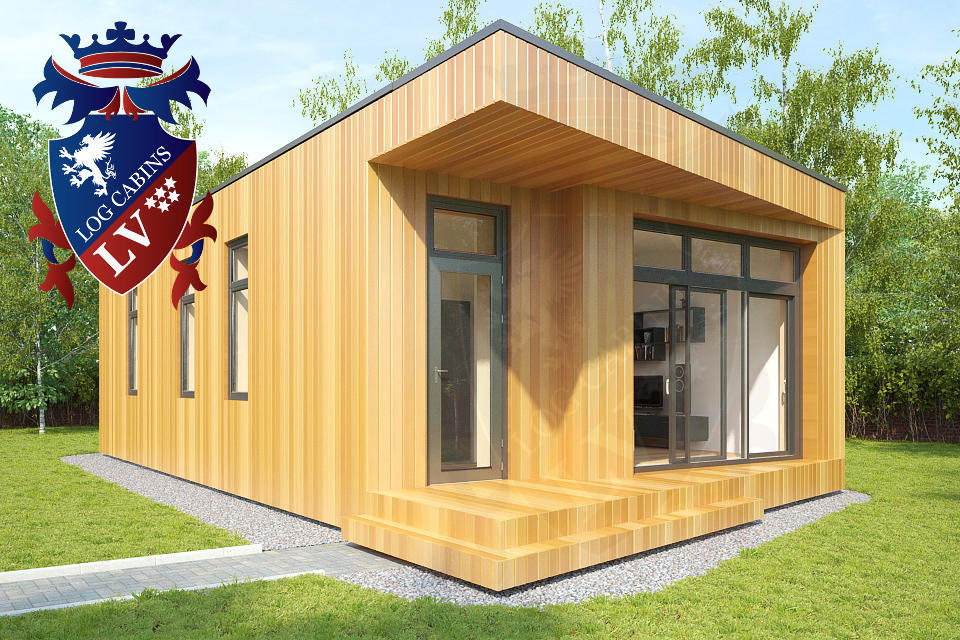 Over many, many Years Domestic type Park Homes, Caravans, Mobile Units Holiday Lodges have changed very little; sadly, they are still manufactured to a specification that is quite honestly laughable, and can deprecate as much as £7.500 a year!

When looking to purchase a Park Home, or a Holiday Home, maybe a Mobile Home or a holiday Lodge to put on your farm, or free hold, you need to think twice before purchasing anything that is built- manufactured to the BS3632 – 2005.

What is almost criminal is the way that these units are sold, the word Home is used too frequently in sales material of companies who sell these inadequate piles of garbage. They are not a home from home, your house increases in value, your Park Home built under the BS 3632 does not.

Structural Timbers is another word used a lot in their sales material. Yet, any mention of what graded material is used in the manufacturing is missing from their literature!

In addition, the sentence, We will Build your Dreams, should be replaced with, we will fleece you for everything you have and more!

Your Park Home should be an investment, it should be your Home, and there is no law that states your Park Home cannot be manufactured to the UK building regulations. The only reason why they don’t is profit!

So why do companies that manufacture park homes use chipboard, plywood, and PVCu windows and door? Why is the unit build quality so bad!

Its quite simple really, they want repeat business, so they manufacture absolute garbage that lasts 10 years and then needs replacing.

I know many companies will refute this, but it’s so simple to find the truth on value of second hand Park Homes, its called ebay!

We searched and noticed that at least 99.9% of park homes loose the value of 80% of their worth in the first 7-9 years!

A quality long lasting park home – lodge needs the ingredients of quality timber, quality insulation, built by a skilled workforce that manufactures not just park homes but houses, hotels, schools and all manner of other type timber constructions.

And what materials you use in the process of the build is so incredibly important.

The UK has a shortage of timber, most forests have long gone, and the UK imports nearly 87% of all its timber from abroad! This means that after the timber has been delivered to the Park Home manufactures based in the UK. It’s costly and normally the grade is not just below par, its awful, and expensive, compared to what LogCabins.LV use.

C24 graded FSC 45m x 195m timber frame work (stud work) in the UK is near on impossible to find, also graded 45m x 145m graded timber also is very hard to find, as most companies use in the Park Home industry 73mm x 36mm frame work, stud work! Which is half of what should be used to give the Park Home strength and longevity.

Also there are many types of insulation, because every Park Home-Mobile Home- Holiday Lodge from logcabinslv.co.uk is in reality a bespoke, we look at your budget and our full time architects will give you the best specification to meet your budget.

Below is a normal specification for our Park Homes, Holiday Lodges. This specification is way past anything on offer in the UK. All timber is graded, C24.

Do not settle for less! 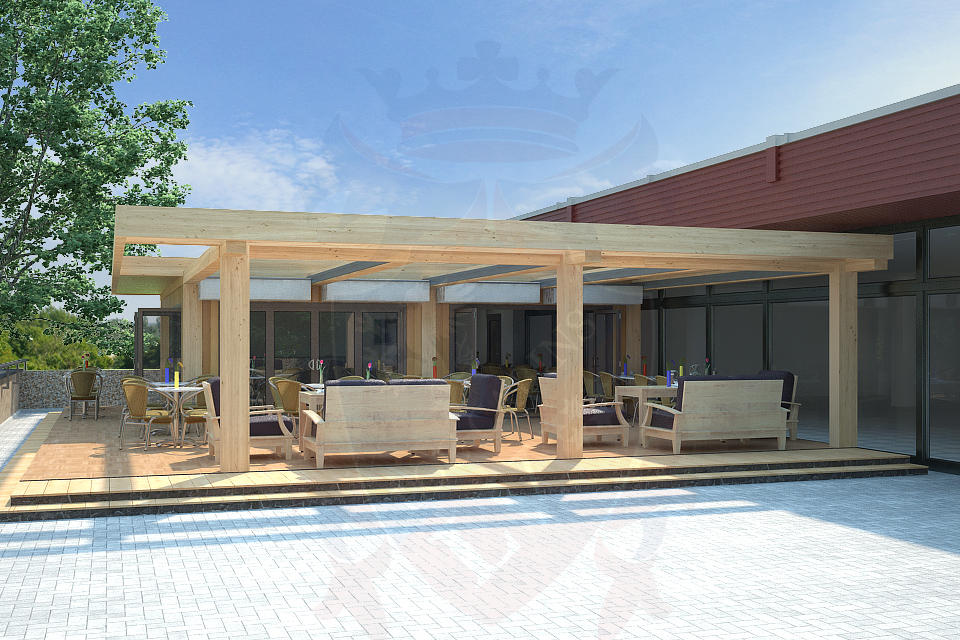 So many people ask us why we do not manufacture in the UK, the answer to this is simple, the UK have zero suitable quality timber, and 80% of the timber in the UK comes from the Baltic’s or Russia, the other 20% is from Scotland, which is not suitable for quality timber buildings as it is too quick grown, and too young.

Below is a few facts about Russia and the amazing timber which comes from Russia.

At seventy times the size of the United Kingdom but with just over twice the population Russia remains one of the world’s great wilderness. It sprawls across ten thousand kilometers reaching nearly halfway around the world.

Russia is a northern country with the majority of its area above the latitude of 50 degrees north. The Arctic Circle runs the entire length through the middle of the northern half of the country.

Russia has more than a fifth of the world’s forests, which makes it the largest forest country in the world. According to the FAO study, by 2030 the forest area in the Russian Federation will increase by almost 1.5 percent from 882 million hectares in 2010 to 895 million hectares, this is an annual increase of 660 000 hectares.

Since 1956, total area, growing stock and forest increment in the Russian Federation have tended to increase; however, average growing stock per hectare and average age have decreased noticeably. Gradual rejuvenation of forests has taken place due to felling, forest fires and the transfer of agricultural land covered by young growth to forest land. In particular, many young growth areas were transferred between 2003 and 2008, resulting in an increase of land areas under forests by 20 million hectares.

The decrease in growing stock per hectare can be explained by lag between assessment of forest area and growing stock in the Russian Federation. Thus, between 1956 and 2010, forest area increased by 15.3 percent, while total forest growing stock increased by 9.6 percent. Covering nearly 10 percent to the planet’s land mass is Siberia synonymous with punishing cold where temperatures can plunge to minus 70 degrees Celsius.

More than half of the Siberia, covered with coniferous forest – taiga also known as snow forest. The largest forest in the world consisting mostly of pine spruce, fir and larch, stretches seven million square kilometres. Russia’s taiga forest makes up to or even more than half of the world’s coniferous forests. The Russian taiga has subarctic climate where temperature ranges during the year cam be dramatic but the long and cold winter is the main feature.

Due to the cold weather and permafrost, soil in taiga is young and thin. In coldest eastern Siberia taiga’s vast majority of forest land is shallow rooted larch forest populated by Siberian larch (Larix sibirica), Dahurian Larch (L. gmelinii) and hybrid of previous two Larix × czekanowskii. Other areas are mix of larch and various kinds of spruces and pines. Coniferous trees are the dominant plants of the coniferous forest biome however taiga also have some small-leaved deciduous trees like birch, alder, willow, and poplar. Southernmost parts of the taiga become mixed forest with trees like oak, maple, elm and lime scattered among the conifers as summers there become longer and warmer in comparison to northern taiga.

Subarctic climate is also the reason why taiga’s trees are so valuable for construction timber production. Cold and moist weather is an extremely harsh environment for trees to grow. Even though during millennia of evolutionary path, species adapted to survive unfriendly climate, growth is slow and difficult. Competing with each other trees in the forest stretch straight up to get the most sunlight during short summers and they shed lower branches to conserve energy and nutrients that in slow maturing soils are extremely scarce.

The conifers produce large amounts of resins that are crucial to protect the tree from freezing during winters when air temperature drops way below freezing point and soil is in the intermittent permafrost. Timber milled from these trees is hard, robust and durable. Grain in timber is more straight and compact due to slow growth when compared to softwood timber from warmer climates. It has less knots and much more heartwood than sapwood.

Most of the timber we manufacture our log cabins and timber frame buildings from comes from Russian forests. There are several reasons for that. One of which is that most countries in the Europe no longer have forests accessible for logging due to non-viable logging practices in the past and transfer of forest lands to agriculture plains.

Simply put European countries has striped themselves off of one natural resource that is so crucial for housing industry.

We at Log Cabins LV love working with timber from FSC Certified Russia’s forests, President Putin is a very keen hunter, and woodsman, and he is very concerned about the impact on foresting, so his government keep a very sharp eye on felling and the amount that is allowed to be felled. There are many stories about illegal logging in Russia, it is all lies! Politics gets mixed up with reality!

. Many years of experience in log cabins industry taught us that timber from wild subarctic Russian taiga is superior to timber from farmed European forests.

Quality is our main goal when designing and building our log cabins and timber houses. In our production, we use C24 visually graded timber NOT C16 like most of other timber frame housing manufacturers. Which means that our  residential buildings are far superiour and stronger than 99.9% of other companies.

Our glulam log cabins we took it one step further. Our laminated logs are manufactured from timber that are graded C32 or even C40.With logcabinslv.co.uk you always get better!

Siberian larch timber is one of our favorites. It is not only one of the hardest softwoods in the world but also valued for its distinct silvery-grey color and consistent texture when used in cladding projects. Siberian larch boards show very straight grain with few small knots. Customers love our Siberian larch cladding because it is aesthetically pleasing when used for residential buildings and the external  cladding or terrace decking boards.

We value Siberian larch for its natural resistance to decay and dimensional stability. Larch cladding life span if treated properly is 50 – 100 years.If you really want to purchase a quality log cabin, timber framed building or a Camping Pod, or a bespoke building please send us an email…logcabinslv.co.uk, do not settle for less!